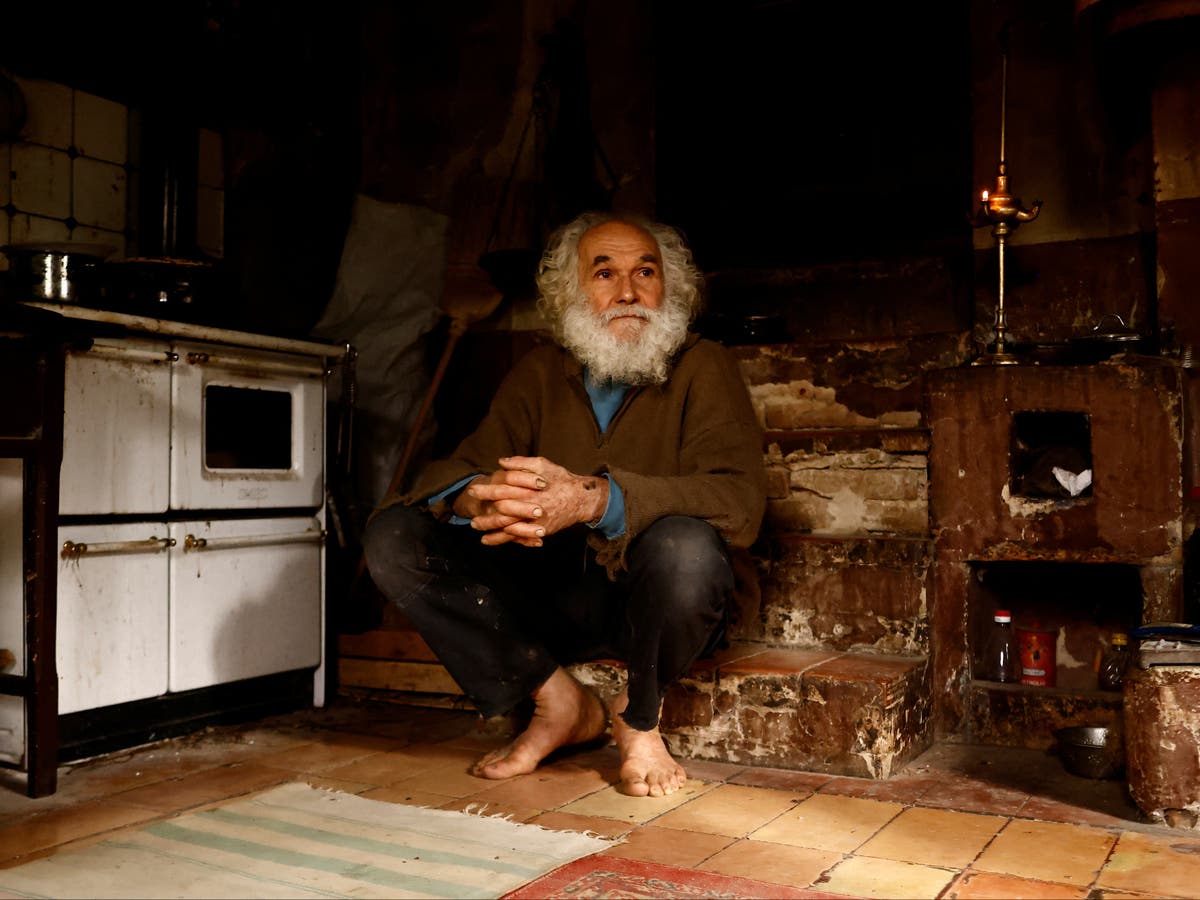 Fabrizio Cardinali, 72, doesn’t crave the bright city lights. In fact, he has no use for electricity and has lived entirely off the grid for more than half a century.

This makes him one of the few people in Europe not to worry about rising energy costs this winter.

Cardinali, whose long white beard makes him look like Karl Marx, poet Walt Whitman or a slimmed-down Santa Claus, lives in a stone farmhouse in the hills of the Verdicchio wine country near Ancona on Italy’s eastern Adriatic coast.

Optionally, it has no electricity, no gas and no indoor installation.

“I wasn’t interested in being part of the world as it went. So I left everything – family, university, friends, the sports club – and headed in a completely different direction,” he says, sitting in the kitchen in patched corduroy trousers.

“Giving up is not masochistic. You give up something to get something else that is more important,” he said.

He used to live all alone.

He currently has two housemates, a rooster, three chickens, and a cat in a community he calls “The Tribe of the Harmonious Walnuts.”

Visitors looking for Cardinali and his friends are urged by locals in the next town to take the narrow dirt road that begins next to an oak tree waving a multicolored peace flag.

Cardinali and his roommates, who gave their names only as Agnese and Andrea, rely on a wood-burning stove for cooking and heating, and read from lamps fueled by used cooking oil donated by neighbors.

“I feel privileged to have the freedom to choose my freedom,” said Agnese, 35, who moved in two years ago. Andrea, 46, spends the week there but drives home every weekend to look after his mother in Macerata, about 50 km away.

The “harmonious walnuts” grow fruit and vegetables, olives for olive oil and keep bees for honey. A local cooperative sells them sacks of legumes, grains and wheat, which they grind into their own bread.

If possible, they trade excess production for whatever they need.

Though some people call him “the Hermit of Cupramontana,” Cardinali says he isn’t.

Instead, he believes life is best lived in small communities.

His first piece of advice for anyone tempted to follow his example is: “Throw away your so-called smartphone.”

Cardinali occasionally travels short distances to visit friends, take olives to a stone press to make oil, and walk or hitchhike to the nearest town to meet locals for coffee or see the doctor.

“I’ve lived like this for about 51 years and I’ve never looked back. Certainly there were difficulties, but they never made me feel like I made the wrong choice or threw everything away,” he said. “Absolutely not.”