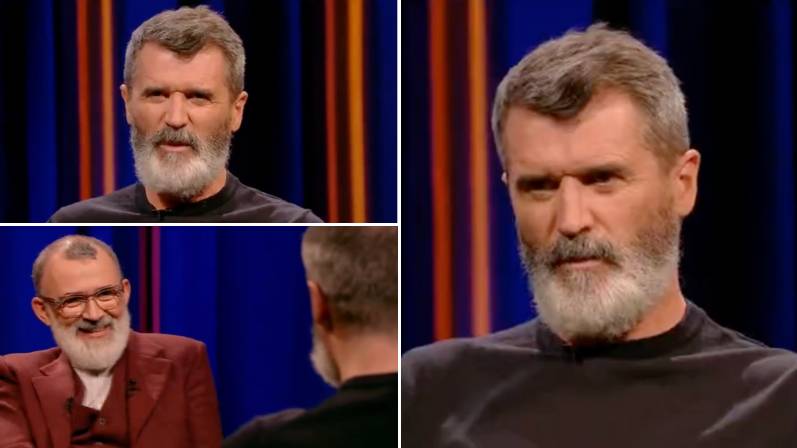 Roy Keane had viewers in suspense on Saturday night as he opened up about his “very bad” first date with now-wife Theresa, which ended after just 15 minutes.

Former Manchester United captain Keane, who has never held back when it came to telling stories, was a guest on the final season of RTE’s Tommy Tiernan Show.

In fact, the Irishman soon addressed this by detailing their first date — an evening that ended in disaster.

So how did it evolve? Keane, who met his now-wife at a club in Nottingham, later went on a date with Theresa. But things didn’t quite go according to plan.

In fact, after the incident, she refused to go to the movies or have drinks with him.

“It was going very badly,” admitted Keane, who initially said the early days of his current relationship were just “okay.”

“We met, I picked her up and I had met her [before] When I had a few drinks, the conversation was a little different.

“We went for a spin and I said, ‘Would you like to go to the movies?’ Because at least with the pictures you can only watch the film, you don’t have to chat much.

He ended the story by saying, “And we’re still married.”

Keane has never been one to hold back and during this winter’s World Cup in Qatar, the former Manchester United midfielder decided to fly home and take a break because his colleagues were “getting on his nerves”.

Speaking to Micah Richards and Gary Neville for Sky Bet, Keane said the tournament was “okay” overall, before Neville revealed: “To be fair, Roy actually went home for four or five days too. He went back.”

Keane then spilled the beans. “I had a break. I needed a break, just my tolerance limits. Yes, people get on my nerves.”

Richards, clearly amused by the comments, asked Keane who was bothering him. The former Republic of Ireland international said: “How long do we have? Fellow experts.”

Neville commented: “I can see when the tank is filling up. It’s like one of those challenges on I’m a Celebrity with Roy, you know when you can see the tank going up until you gotta get out there.”

It only took three days for ITV pundits Keane and Souness to chronicle their first argument of the tournament.

In fact, Souness once bluntly told Keane he had repeated his opinion “ten times over” and urged the Irishman to “let someone else speak” because “you might learn something”.