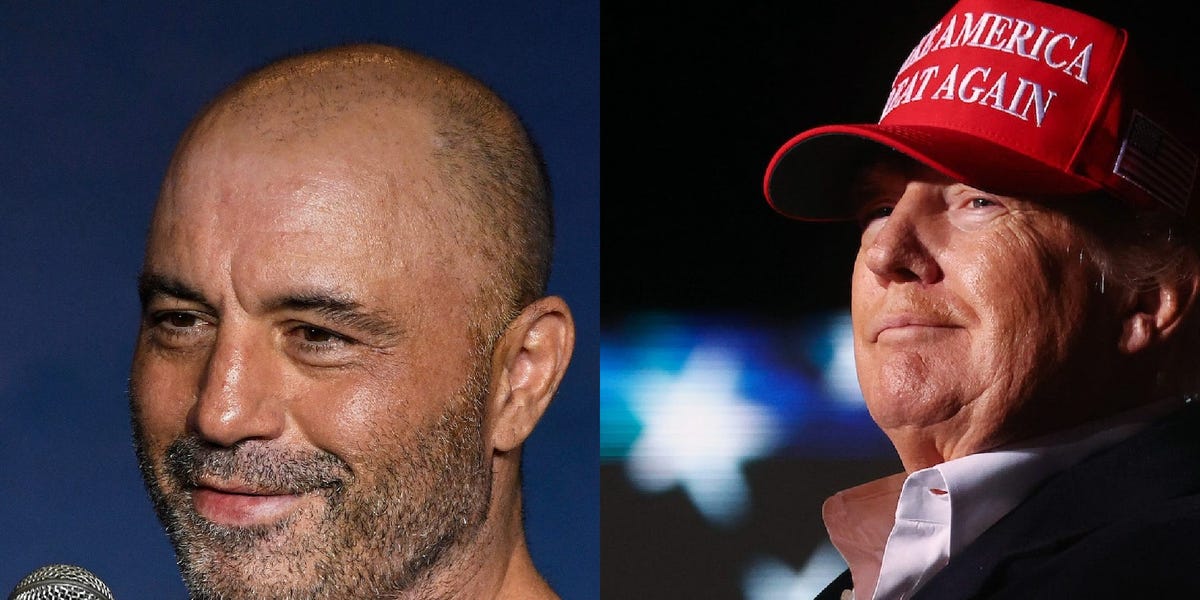 Podcaster Joe Rogan said that “the idiots had a king” in former President Donald Trump.

The couple spoke about newly inaugurated Republican Rep. George Santos, who has sparked controversy after reports revealed he fabricated large parts of his resume during the campaign.

Rogan said there will be more candidates like Santos in the future and that politics is a “gross, compromised world”.

“I mean, who the hell is going to approve getting rid of all interest groups, getting rid of all lobbyists? No one. So it’s like bringing a guy like Trump to power was so fascinating because he was such an outsider,” Rogan said in a clip published by Mediaite.

Portnoy agreed, saying the political establishment didn’t know how to react to Trump because he was behaving in ways they didn’t expect.

“And the idiots had a king. There are a lot of idiots,” Rogan said. “And it doesn’t matter what he says, to her he represents her.”

“‘He’s not perfect, but at least he’s real’ — like there was that kind of thought process that he was playing with,” Rogan said while impersonating a Trump supporter.

“And even people who didn’t do that, they didn’t feel represented by anyone who was ever in charge. And now this guy is, and it’s her guy.”

Despite Rogan’s popularity in right-wing circles, he has previously rebuffed Trump, claiming he has turned down multiple requests to appear on his podcast.

“I am in no way a Trump supporter. I’ve had the opportunity to have him on my show more than once. I said no every time,” Rogan said said in July. “I don’t want to help him. I’m not interested in helping him.”

Rogan has also expressed his support for Trump’s biggest rival, Florida Gov. Ron DeSantis, who he thinks would make a “good president.”

Trump has previously been positive about Rogan, calling him an “interesting and popular guy” and defending him following controversy over the podcast host’s previous use of the N-word.