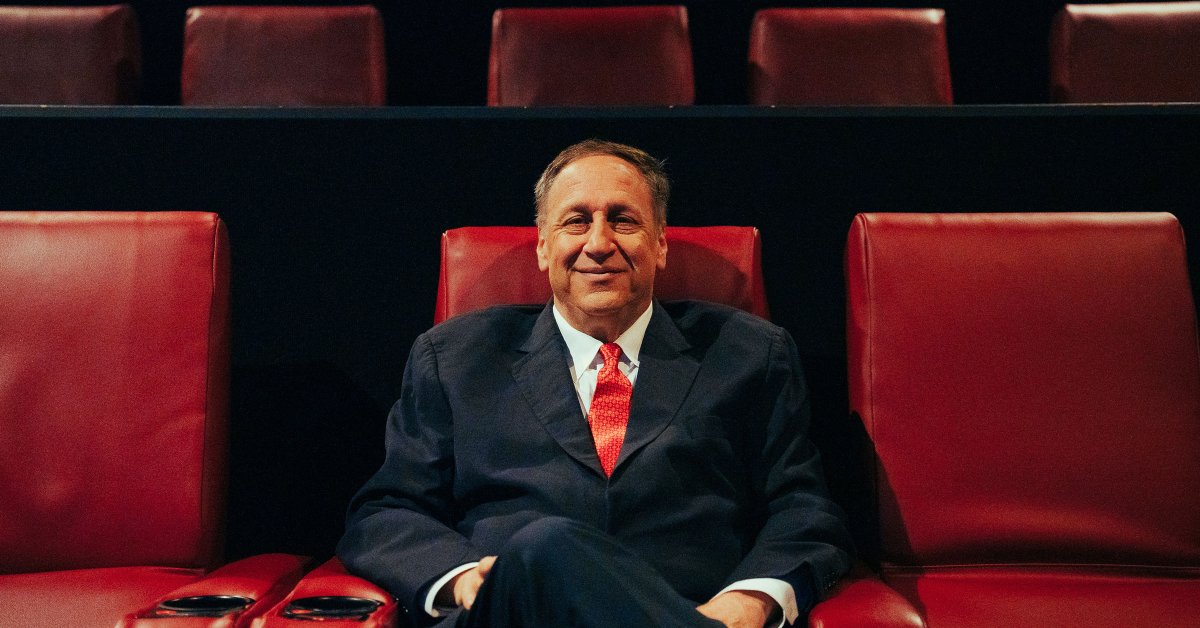 IIt’s easy to see why Adam Aaron is so popular with meme stock crowd. The eccentric CEO of AMC Entertainment Holdings refuses to accept a 2023 pay raise. A few days before the new year, he tweeted that he and his executive team plan to freeze their salaries while the ailing cinema chain tries to recover from the pandemic lockdowns.

“No raise for the top is the right thing,” he said.

Aron’s move caps a year in which many CEOs came under fierce attack for actually doing the right thing. With apologies to Milton Friedman, the idea that business leaders can prioritize people and planet while striving to increase profits seems fairly unassailable. Yet as the economy struggles, critics have vigorously condemned companies’ efforts to become more sustainable, more inclusive across gender, race and sexual orientation, and generally more ethical, as examples of rigid, “alert” thinking that hampers entrepreneurship, innovation and growth.

Increasingly, for a number of years, forward-thinking investors have been measuring progress on these environmental, social, and corporate governance principles—or ESG—to determine which companies will support them. But last summer The economist declared ESG an “unholy mess” as a means of solving thorny societal problems. The approach “risks setting conflicting goals for companies, deterring savers and distracting from the vital task of tackling climate change,” the magazine’s editors concluded.

Elon Musk called it a fraud “weaponized by false social justice warriors.” His former PayPal buddy Peter Thiel helped fund the launch of a self-proclaimed anti-ESG wealth management firm called Strive, which invests heavily in fossil fuel companies. The new company seeks to counter BlackRock — not in size (the latter manages a whopping $8 trillion in assets), but in its philosophical outlook. Chief Executive of BlackRock, Larry Fink is among those who have received much credit for helping spark the “stakeholder” or “conscious” capitalism craze among CEOs. In his surprise 2018 annual letter to leaders of companies in which BlackRock invests, Fink wrote that companies need to be mindful not only of their shareholders but also of their stakeholders – including employees, customers and the communities in which they operate use.

“To be successful over the long term, any business must not only perform financially, but also demonstrate how it makes a positive contribution to society,” he wrote.

Now Fink is under fire too. In November, Florida announced it was withdrawing $2 billion it had invested in BlackRock over objections to the company’s ESG philosophy. West Virginia, Missouri and Louisiana also took money back from BlackRock. Fink is being asked to resign by at least one activist investor who has called the CEO’s takeover of ESG “hypocrisy”.

The coming weeks and months will be a difficult time for those of us who still believe the world is a better place when companies are bound by higher standards than shareholder returns. With nearly every CEO anticipating an impending recession, the pressure to cut costs – coupled with mounting anti-ESG criticism – will test whether leaders continue to promote their newfound values. Look for CEOs who are setting a new pro-austerity tone at their annual World Economic Forum in Davos, which begins Jan. 16.

Davos impresario and WEF founder, Klaus Schwab says retreating too much is a risk. That’s especially true when companies expect Millennials and Gen Zs to work for them — and are happy to spend money on their $1,000 phones or luxury electric vehicles. “This generation expects a company to not only serve shareholders, but also care about people and the planet,” Schwab said in a recent interview with TIME. “The company that keeps this in mind will have much better talent going forward and will have a much higher appeal with their customers.”

Also coming soon: Larry Fink’s annual letter to CEOs, in which he is likely to take stock of how ESG – and this new form of kinder, gentler capitalism – has evolved in the half decade since his seminal 2018 letter.

I’ll admit, even for a true believer, it’s hard not to be a little skeptical of all the CEO talk at this point. In 2022, we have seen many large multinationals raise prices at the highest rates in decades while sporadically laying off workers and fighting union movements. Meanwhile, all of the stocks we held in publicly traded companies plummeted. For some, even our efforts to outmaneuver Wall Street with investing in cryptocurrencies and other newfangled assets failed miserably as crypto plummeted following the FTX exchange’s bankruptcy and fraud allegations against its founder Sam Bankman Fried.

Again, we were unlucky when we turned to popular entertainment hoping for an escape. In 2022, our favorite streaming TV services have dug up the misdeeds of disgraced corporate geniuses from our recent past and mined them for theatrical effects. AppleTV+, Hulu, and Showtime each aired scripted dramas using WeWork Adam Neuman, Theranos Elizabeth Holmesand Ubers Travis Kalanik. (Yes, I’ve seen them all – and I’m eagerly awaiting the inevitable SBF miniseries!) Entertainment value aside, it didn’t help the cause of conscious capitalism that each of these disgraced leaders – including Bankman-Fried – cloaked their supposed obscurity in business the trappings of do-gooder business babble.

I’m frustrated with empty stands, and I suspect most of the world’s stakeholders are too. As the global economy falters, it’s a good time for business leaders to let their actions define what they and their companies stand for. Since late 2019, more than 250 CEOs of the world’s largest companies have signed the influential Business Roundtable’s redefining Declaration of Purpose of Society, Among other things, they commit to investing in their employees, promoting diversity and inclusion, acting fairly and ethically, being good partners to other companies, and protecting the environment by adopting sustainable practices. Many of the signatories find it difficult to live up to these commitments. What we need are more leaders like Adam Aron – and companies that are just doing the right thing.