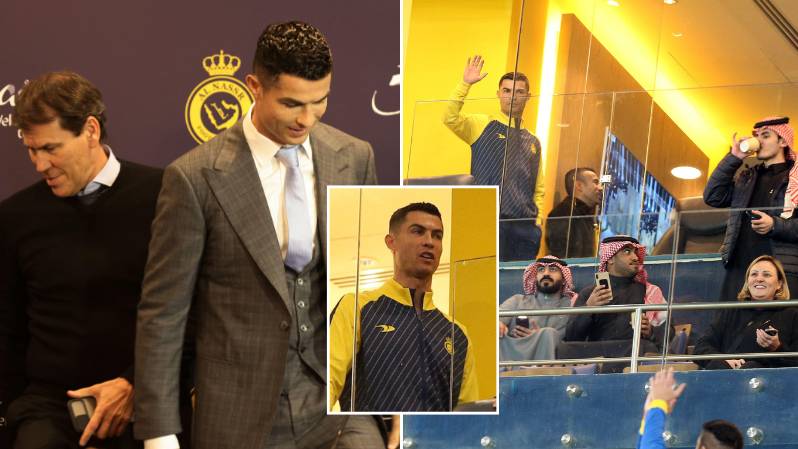 Al-Nassr manager Rudi Garcia is far from pleased with the circumstances of Cristiano Ronaldo’s first game in Saudi Arabia – a spectacle against Paris Saint-Germain.

Ronaldo signed a two-year deal with Al Nassr at the end of December after his contract with Manchester United was mutually terminated, but his debut for the club was delayed.

He has also been fined £50,000 and given a two-game suspension for the incident – a suspension he has been serving in recent weeks.

After a frustrating wait for his much-anticipated bow, it looks like Ronaldo will finally make his debut in January – but not for Al Nassr.

Rudi Garcia, who has coached the club since June 2022, says his first game in Saudi Arabia will come in a friendly against Ligue 1 champions Paris Saint-Germain.

That’s correct. The 37-year-old will play against Lionel Messi and Co. for the Saudi All-Stars. on January 19 at King Fahd Stadium in Riyadh – and Garcia is not exactly happy about it.

“It will not be with the Al-Nassr kit. It will be a mix of Al-Hilal and Al-Nassr,” he said.

“As Al Nassr manager, I cannot be happy with this game. For development, to see PSG, to see the great Parisian players is indeed a good thing. But we have a league game three days later.”

“In terms of planning, it could have been better thought out. But it’s not a big deal… We’re in the lead, we’re happy. It’s a tough league to win but we intend to do it.”

Garcia also claimed that his job is to help Cristiano Ronaldo fall in love with the game again.

“I just want him to enjoy playing football and smiling again,” he said.

“He hasn’t had easy moments in the past few months between Manchester United, the national team and privately. When he finds joy in playing again, a good goal will be scored.”

He added: “It’s a bit like Pele’s arrival, especially for the development of football, sport and culture in Saudi Arabia.

“It’s great. Great for us, for Al-Nassr. Great for Saudi Arabia,” said Frenchman Garcia. “Cristiano Ronaldo is more than a player. He is one of the best players in the world.

“It’s amazing how much of a spotlight our club is getting. Now everyone knows where our club stands in the world.

Thinking about Ronaldo possibly making his debut for the Saudi All-Stars team against Kylian Mbappe and Lionel Messi this month?

Let us know in the comments.