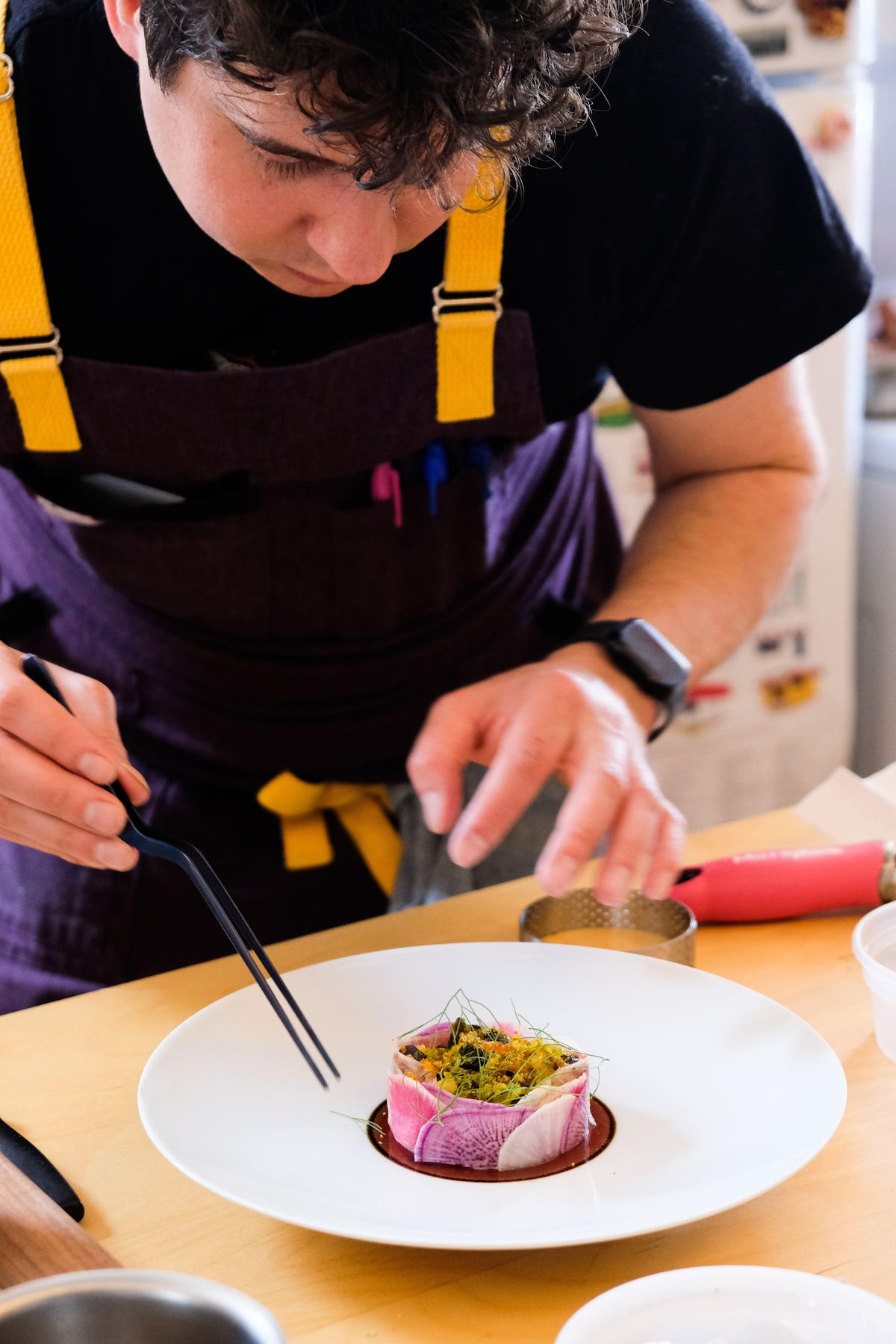 Just as athletes hope to one day earn the MVP award in their respective sport, chefs aspire to earn a coveted Michelin star. After all, being awarded a star is the highest distinction in the culinary world and means that a chef has met or exceeded strict criteria.

A Michelin star is awarded to restaurants with outstanding cuisine. The Michelin star inspectors take into account five universal criteria: the quality of the ingredients, the harmony of the flavors, the mastery of the techniques, the personality of the chef that is expressed in his cooking and, just as important, the consistency throughout Menu and beyond time.

One of the youngest chefs to earn a Michelin star in the United States, Chef Donald Young has found great success on Chicago’s celebrated dining scene. However, as restaurants continue to suffer from labor shortages, supply chain issues and high overhead costs, Young stepped out of the traditional restaurant kitchen and launched his solo venture. Duck Sel, in 2021. A comprehensive culinary concept, Duck Sel showcases gourmet Michelin-level cuisine in intimate dining experiences, including exclusive ticketed pop-up events, private dining, snacking on elegant cocktail affairs, and personalized cooking classes. This unconventional approach to fine dining allows Young to push the boundaries creatively while avoiding many of the challenges faced by today’s restaurant industry.

Duck Sel is a manifestation of Young’s love and talent for preparing dry-aged duck. Duck Sel breaks new ground by translating delicious cuisine from the traditional restaurant environment into an all-encompassing culinary concept. From format to menu, the possibilities at Duck Sel are endless and Young takes an unpretentious but finely tuned approach to create bold, modern dishes that take diners on an exciting journey of fine dining while showcasing Young’s culinary curiosity and creativity . Young’s culinary prowess combines many techniques that are flavorful and aggressive with delicate and simple presentation.

“Growing up, I loved cooking with my parents, and I can give them credit for helping me get started,” says Young. “When I was about five years old I was given a cookbook with recipes for fun things like pigs in a blanket and eggs in a basket that I would make with my dad and that led to me helping my mom in the kitchen Christmas dinner helped as I got older.”

Young began his professional culinary journey at the age of 17, working under award-winning chef Roland Liccioni Le Francais, the famous Chicagoland French restaurant. While earning a Culinary Arts degree from Kendall College in Chicago, he secured a six-month internship in Castres, France at the Michlene-Star Bistrot Saveurs, an experience that would prove incredibly formative for his future career. Passionate about French cuisine, Young followed his mentor Liccioni for most of his career, rising through culinary roles at popular Chicago restaurants Miramar Bistro and Les nomads. After serving as co-chef and later executive chef at Temporis, Young earned the restaurant its first Michelin star in 2018 at the age of 28, becoming the youngest chef in Chicago at the time to receive this prestigious recognition. The following year, Young took on the role of executive chef woodwind before being appointed head chef of a French brasserie Venteux.

Young’s goal is to make each Duck Sel pop-up event feel like a large dinner party, with top-notch food and service, but in an atmosphere that’s fun, energetic, and unpretentious. Dinners are limited to 16 participants to create a very communal atmosphere and feature 15 courses of contemporary American cuisine prepared with seasonal ingredients and techniques he is passionate about, such as preservation and dry aging.

He says, “The first six courses takes everyone out of their comfort zone and brings the group together in a way that doesn’t happen in the traditional restaurant setting. During the second half of the meal, nostalgic fun awaits diners with the grand finale of Duck Sel’s signature dry-aged duck dish, which introduces the flavors of peanut butter and jelly. The meal ends with some really visual surprises like a burnt Basque cheesecake that is smoked and presented on the table as the last dish.”

“Where modern meets classic and whimsical meets rustic” is more than Duck Sel’s mantra. It defines the essence of this unique concept.